Question from a friend:

“Hey Sean & Deb, Great idea for the site and I hope it really helps other parents. My kid spends a lot of time playing video games. Are they playing Esports or are they just gaming? How can you tell the difference?”

If you have been around online gaming and/or Esports for a while, you might think this question is kind of basic. However, it’s a question we hear a lot when we tell other parents that our son is an aspiring Esports player.

Most parents know that their kids are gaming, they just don’t know the difference between casual online gaming and Esports.

To answer the question, I thought I’d put together a post that explains the difference and gives a bit of an overview of some of the more popular esports out there.

Differentiating Between Esports And Online Gaming Birthed by the growing popularity of video games, these two terms often cause a lot of confusion, especially to people that might not be familiar with the lingo of the video game industry. 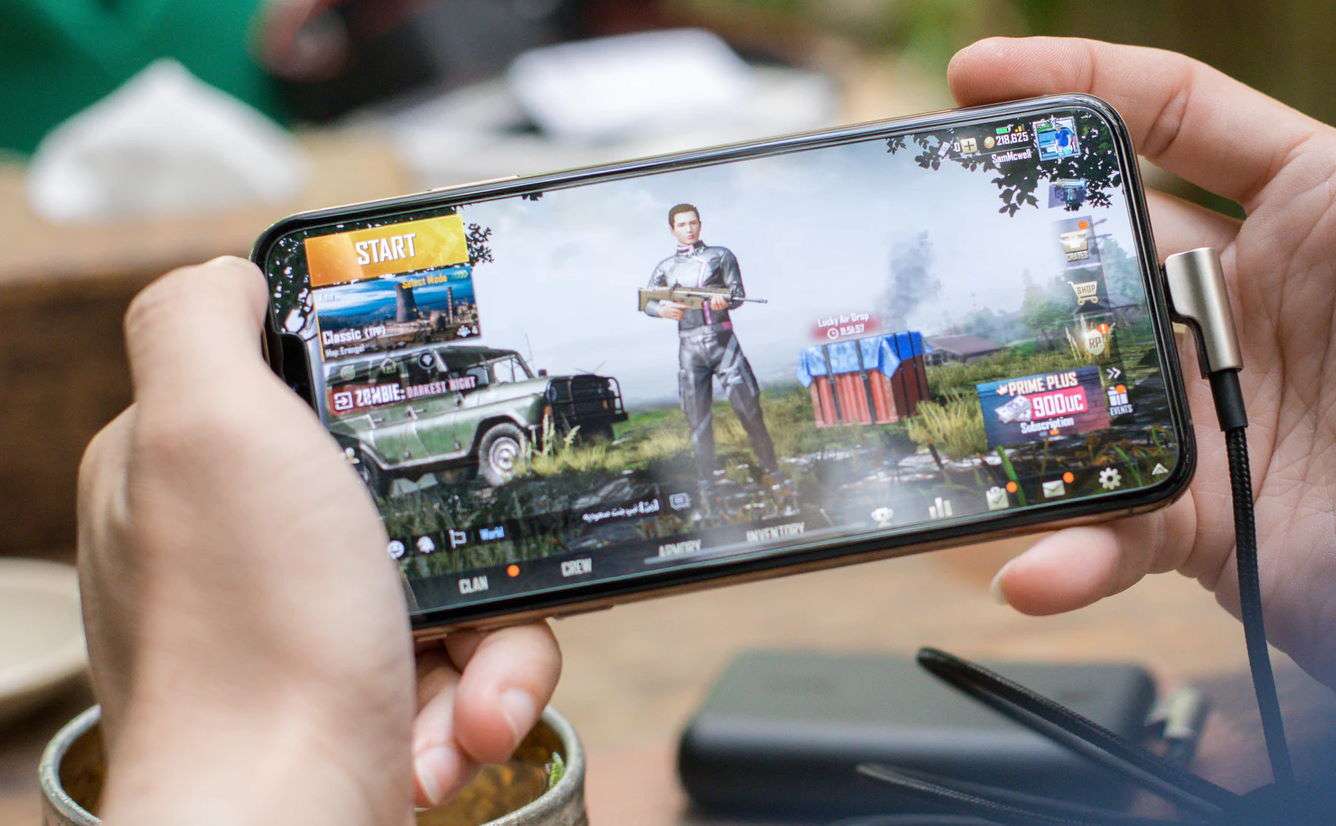 Playing a game on your phone doesn’t really qualify you as an Esports player.

One might be tempted to oversimplify and say that eSports is simply the professional version of online gaming, but that wouldn’t necessarily be true.

The definition of eSports can also cover collegiate competition and non-professional tournament play.

So, let’s start at the beginning with gaming and then move into the segment of gaming known as eSports.

Let’s Start With The Fundamentals Of Gaming And Online Gaming Looking up the definition of “online gaming” on Google gives us a decent place to start. According to Wikipedia, an online game is defined as:

“…a video game that is either partially or primarily played through the Internet or any other computer network available.”

Makes sense, right? If your child is playing a game via their Xbox, PlayStation, or PC then it’s possible that they are engaged in online gaming.

For example, one of my favorite games to play is called “The Last of Us“. In the game, the player control characters named Joel or Ellie to navigate a post-apocalyptic world in which they must work to survive against enemies called “Clickers”, “Bloaters”, and even other humans.

Even though my PlayStation might be connected to the internet and my progress is tracked via the PlayStation Network, I’m not playing against any other players.

If my PS4 weren’t connected to the internet, I would still be able to play with the game guiding me from level to level and the data being accessed via the DVD that is inserted into the console.

This mode is often called “campaign mode,” and it just means that I am playing against the game. Not against other players.

When I’m playing my game in this mode, I’m not engaged in online gaming. In fact, you could sever the network connection to my console, and I could continue playing the game.

To engage the “online” aspect of gaming, the player really needs to be interacting with other players in the actual game play.

For instance, one of the most popular games out right now is Fortnite. Fortnite is a battle royale-style game, which basically means that teams or individuals (depending on what type of match the player has selected) are running around a field of play trying to kill each other’s characters.

The last player or team left standing is the winner of the match and wins the battle royale.

In this situation, if you sever the Internet connection in the middle of the game, the player would not be able to finish the match and would be kicked out of the battle royale.

This is a perfect example of an online game and millions of kids engage in this activity every day.

So, basically the difference between gaming and online gaming is online gaming means they are playing directly against other human players and rely on an internet connection to continue with the gaming session.

Got It…But What Does Casual Online Gaming Mean? The term casual just indicates the frequency of their activities. For example, I play video games anywhere from 0 hours to 5 hours each week. In the last 30 days, I haven’t turned my PlayStation on, and I don’t game on the PC at all.

During the month of January last year, however, when I took time off work and the weather was really crappy outside, I probably logged 50-60 hours of game play on Fallout 4.

Believe it or not, that volume of time spent still puts me in the casual player role.

Compare that with my son, who is an aspiring Rocket League eSports player. He spends 4-5 hours each day engaged in online gaming. Most of it is Rocket League, but he also likes to play Dead By Daylight, CS:GO and a handful of other games.

That means he consistently logs more than 100 hours each month of game play and even more in the summer months.

Even with baseball and a summer job, I would estimate that he likely logs about 150-200 hours of game play each month.

Does that bother me?

No…if you read this post you’ll understand that he is responsibly working hard toward a spot on a college team and, eventually, a potential career in eSports.

So, as you can see, there is a big difference between my “casual” game play and my son’s highly competitive game play where he is training for a career. Both are fun, but the amount of time spent needs to align with the goals of the player.

So Where Do Esports Enter The Equation? The term “eSports” is just a shortened version of the term “electronic sports,” but the term eSports has evolved to refer to professional or highly competitive online gaming.

Keep in mind that “competitive” doesn’t refer to how competitive the players are in the game (everyone is competitive when it comes to gaming), it usually refers to tournament play where there is a prize for the winner or winning team.

The prize may be a trophy or cash, but a competitive eSports environment is usually one where there is a prize. 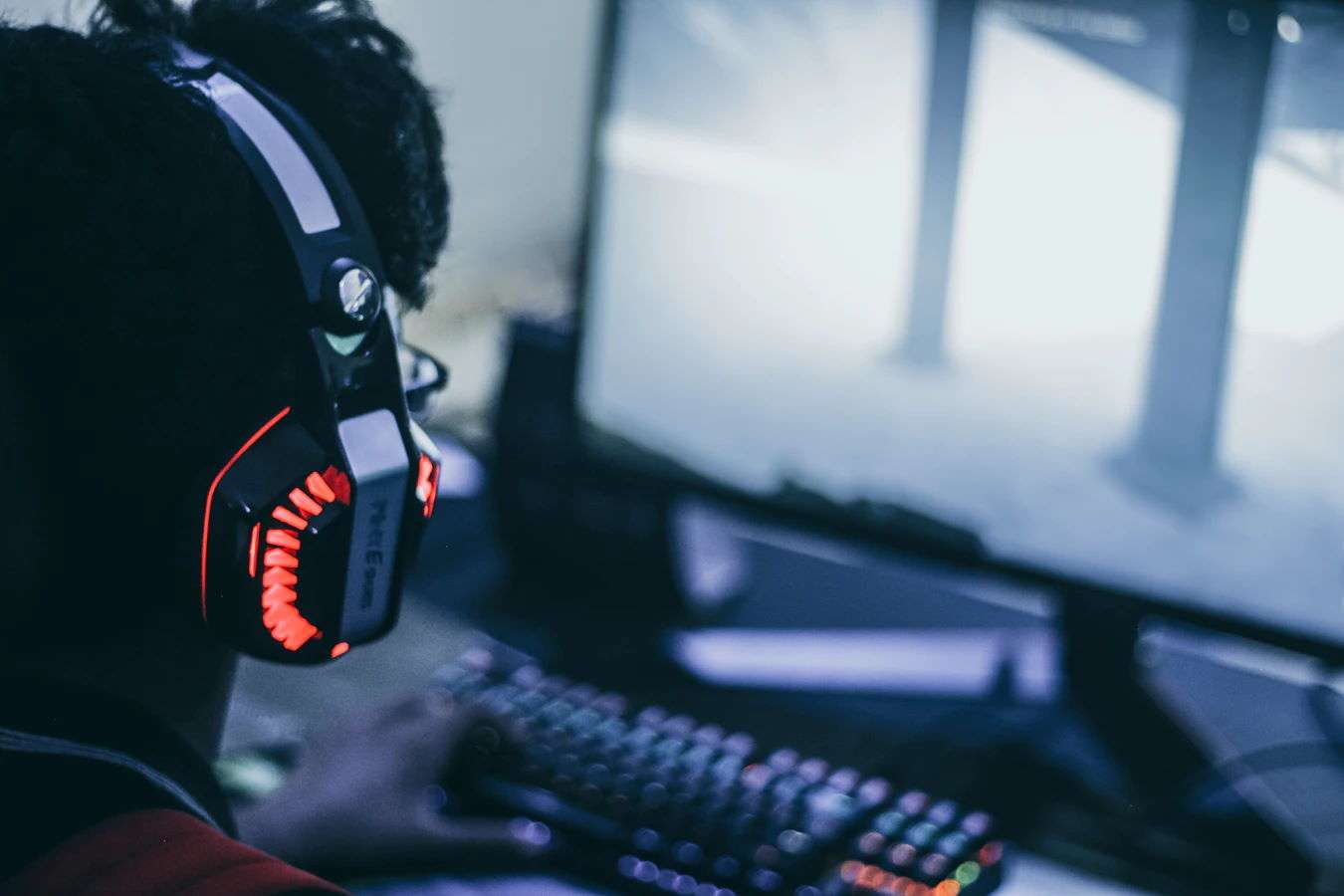 The term eSports has evolved to refer to highly competitive or professional gamers who are engaged in tournament play against one another.

NOTE: eSports also doesn’t refer to the topic of game play. A casual gamer who is playing FIFA (a popular soccer game) or Madden (a popular football game) are playing “electronic sports games” via their PC or console, but they aren’t necessarily engaged in eSports. If they are playing in a Madden tournament, then they could be engaged in playing an electronic sports game in an eSports tournament.

Basically, it comes down to this. If your child is playing in a tournament or is a member of an organized team, like a college team or sponsored professional team, then they are more likely to be engaged in the world of eSports.

If, however, they are playing with friends or by themselves against the game, then they are likely engaged in casual online gaming.

What Does It Take To Move From Casual Gamer To Esports Player? If casual gaming is a leisure activity like bike riding, then eSports tournaments are much like the tournaments or playoffs that we watch for the NCAA, NFL, NBA, or MLB.

The finals of these playoffs are often like the Super Bowl or World Series. The participants in these tournaments are usually the elite in their game and have often spent much of the year preparing for the tournament and qualifying for it.

It’s a very clear distinction once you understand that the time and preparation that goes into becoming a paid gamer is equivalent to the amount of hard training and conditioning it takes for any other pro-level sports player to stay at the top of their game.

Some players invest heavily in gaming equipment the same way a professional soccer player would invest in the best shoes and shin guards.

In a nutshell, eSports players are the professional athletes of the video game industry, and they dedicate time, energy, and money to joining (and staying in) the elite ranks in their chosen game.

Not everyone, however, can rise to the level of playing eSports at the tournament, collegiate, or professional level.

Okay…But Can A Professional Esports Player Make A Living Gaming? Just watch any eSports tournament (preferably of a game that you’re already familiar with so you can follow it), and you’ll develop a whole new level of appreciation for the mental endurance, rapid thinking, and sheer skill it takes to even qualify for one of these competitions, let alone win one.

That is how much prize money was awarded to eSports players of the top 5 video games  in 2021. That’s nearly $120 million dollars in prize money. That doesn’t account for the winnings in all the other games, college scholarships awarded, or endorsements deals. Also, take into account that was during a pandemic year when tournaments were tough to manage.

With that kind of money up for grabs, it’s easy to understand why there is such interest in evolving from a casual gamer into a collegiate or professional eSports player. To recap, here’s what we’ve learned so far:

Gaming and eSports may be two totally different things, but to some, they are two sides of the same coin. Not every gamer can be an eSports competitor, but in order to take part in eSports, you first have to become a gamer. It’s that simple.

I know that’s a long answer to a short question, but I wanted to try to give as much background as possible. I hope that helps!

Have questions about kids playing video games, online gaming, or esports? Shoot us a note using our contact form and we’ll do our best to answer your questions!